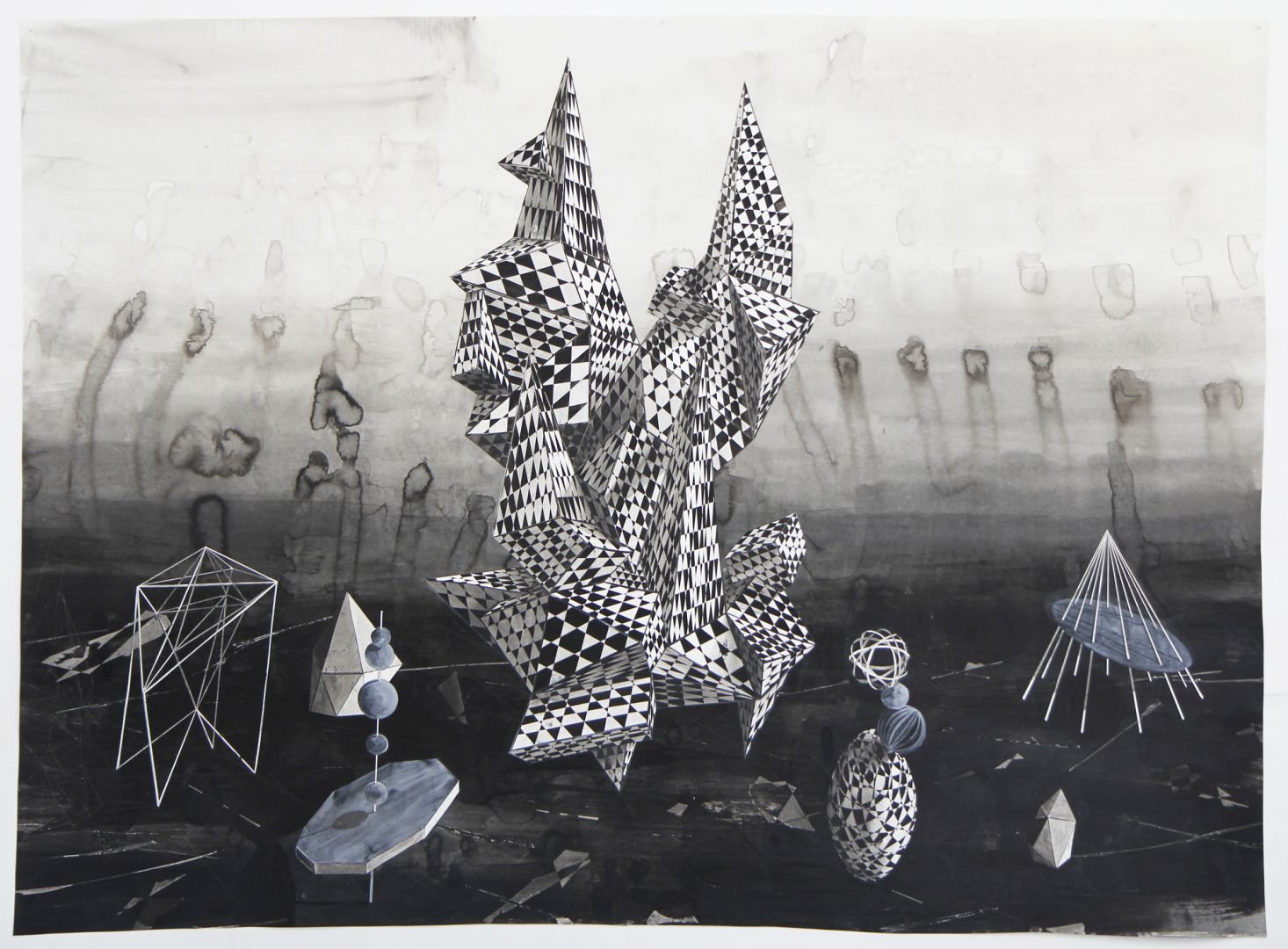 Van der Goot's visual drawings are always clear and straightforward. She seems to show exactly what she wants to tell, she gives the spectator visual clues, but she does not reveal her enigmatic content straightaway. The narrative seems to be a fundamental aspect of the substance of her work. It is not as if they are finalised tales though, but what is shown gives you food for thought. About the insignificance of man, about our lonely state and losing our way in an illusory world that sometimes seems to be made up of enlarged pieces of scenery. At the same time, every drawing is a stage or a chessboard on which man is usually being moved as a pawn or an actor. Lenneke van der Goot is very inventive when it comes to developing environments, but you can never imagine the whole scene in the world as we know it.

Her experiments with materials, with enlargement and minimization of the protagonists, are playful, consistent and often alienating. In some of the works she uses either cut out or curled drawing paper, which makes the drawings even more reminiscent of theatrical scenes.